Share
Physical casinos in Macau
The Macau Special Administrative Region is one of the most developed regions in the world. It is also an international free port, the world’s tourism and leisure center and the world’s largest gambling city. Macau consists of four areas: Macau Peninsula, Taipa, Coloane and Cotai (reclamation). 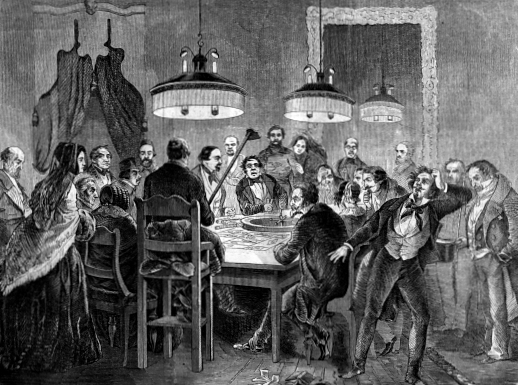 In 2001, the Macau government passed a bill to liberalize the gaming industry, which laid down detailed regulations on major items such as approval, operation, qualification, and taxation. Through bidding, Macau Gaming, Galaxy Casino, and Wynn Resorts won the right to operate. Subsequently, The Venetian, MGM and Melco Crown were respectively allowed to start operating their gaming businesses by way of transfer.

According to statistics from the Macau Gaming Inspection and Coordination Bureau , as of 2019, there are 41 gaming casinos in Macau. The most popular casinos are listed below.

Grand Lisboa is located on Lisboa Road on the Macau Peninsula and is controlled by Macau Gaming. This is one of Macau’s most famous landmarks. The lotus-shaped building is 228 meters high and has 52 floors. The casino opened in 2007 and has 240 gaming tables and 340 slot machines.

The Galaxy Casino is located in the coastal area of ​​Cotai City, which is affiliated to Galaxy Entertainment and opened in 2011. Its gaming center is divided into five areas, with more than 600 gaming tables and 1200 slot machines.

The Venetian is located on Cotai Strip, opened in 2007 and covers an area of ​​10.5 million square feet. The hotel is themed in Venice. The canal that runs through the casino can take you to any entertainment area. There are 800 gaming tables and more than 3,400 slot machines.

City of Dreams is also located on the Cotai Strip. It opened in 2009. Its casino has approximately 550 gaming tables and 1,350 slot machines. The most distinctive entertainment project is the “House of Dancing Water”, one of the most spectacular water shows in the world.

Wynn Palace opened in 2016 and is the company’s first resort on the Cotai Strip. The 28-storey building has a total of 1,700 rooms, some of which can directly enjoy the musical fountain performance. Its casino covers an area of ​​45,000 square meters.

MGM Grand is located in the newly reclaimed area of ​​the new port at the southeast end of the Macau Peninsula. The building is 154 meters high and 35 stories high, with a total construction area of ​​2 million square feet. The first phase of the casino covers an area of ​​20,000 square meters, with 385 gaming tables and 888 slot machines.

In Macau, where the gaming industry is extremely developed, you can find almost any gambling or betting game, whether it is slot machines, poker, Sic Bo, chess, lottery, bingo or sports betting including horse racing and greyhound racing.

Slot machine is one of the easiest games to play. After the reels spin quickly and stop randomly, if a specific pattern connection appears, it is a win. Sic Bo is also known as the size of the bet. Players need to bet on which side of the dice is larger or smaller. Baccarat is a disguised ratio. Players need to bet on which side’s points are closer or equal to 9. As the name suggests, 21 points are to keep their points as close as possible but not more than 21. It is stimulating and strategic. Famous.